Album Notes: Running in the Dark

While the idea of sprinting full speed ahead in total darkness might seem daunting, Paul Doffing’s fourth full-length effort Running in the Dark is an affirmation of quite the opposite.  Doffing, a Minnesota raised and globally rooted songwriter, has created a 36-minute musical odyssey of self-exploration, human connection, and worldly realizations that present the idea of blindly dashing within the absence of light as a wonderfully colorful and reassuring experience.

As Doffing explains, “My highest hope is that it is music that touches the listener’s heart. That it takes them somewhere and helps them feel something that maybe they forgot about, or even feel something they didn’t know about.” Constructed upon a diverse blend of genres, the guitar focused Running In The Dark is infused with components of modern folk, urban contemporary, old country, and even ska at points. Running in the Dark is a notable expansion from Doffing’s previous efforts and carries a broad instrumentation that shines a heavy light on the bass spectrum, with electric bass and synth on every standing track but one.

With both the man and his music rich in sincerity and substance, Running In The Dark is abundant with meaningful sentiment. Doffing, who has considered music a companion since his early youth, has completed nearly 13,000 miles touring on bicycle through 22 U.S. states and 7 countries playing music along the way. Paul’s vast pedaled wanderings paired with the last two years exploring Central America and Europe, guitar in hand, has naturally expanded his understandings of existence. Doffing’s lifelong union of curiosity and worldly perspective have culminated in his musical artistry, ultimately producing the purposefully layered album that is Running In The Dark, which was written and recorded over a six year span.

In regards to the process of composing the album and the significance of its title, Doffing conveys, “There were times when I was making the album where I knew what I was trying to do and some when I didn’t, but I was just going to each thing that felt like it needed to be there, and then expanding upon it until it became alive.” Metaphoric to the actual act of running in the dark, Doffing allowed his intuition to lead the way in both the creation and subject matter of the album. Doffing delves into a wide array of themes on Running In The Dark, ranging from the delicate nature of emotion, to bountiful love and the contrasting deterioration of it, and the complex understanding of personal development via human connectivity.
​
Running In The Dark acts as a modern day manuscript for those navigating through life with their heart on their sleeve and their vulnerability in plain sight. On the album’s title track, Doffing sings, “It seems as if the dark is the source of the light”, suggesting that the only way to the light is through the dark. In its completeness, Running in the Dark is a grand reminder that even when at full speed and with seemingly no visible light in the distance, to stay the course, as the darkest nights cultivate the brightest stars.  - Michael Blair

​Minnesota born experimental songwriter and guitarist Paul Doffing is something of an enigma. Balanced in a diversity of traditions, Doffing’s writing visits different worlds by exploring generations American and European music through a modern lens. His surrealistic finger-style guitar, bossa nova, jazz and blues elements are set somehow in the context of rock and roll, evolving on shifting weather systems from dark, ominous and foreboding to bright, warm and peaceful.

Avoidant of toe dipping and the “jack of all trades, master of none” dichotomy, he dives into each tradition in it’s own right.  “His guitar suggests the subtle beauty of John Fahey, early Bob Dylan, and Nick Drake. ...This is folk music in the most classical sense, the type that will appeal to admirers of Jackson C. Frank and Tom Rush as much as fans of Damien Jurado and the late Jason Molina.”

Currently residing in Europe, Paul has pedaled his bicycle more than 20,000 km to 150 performances in 8 countries since 2012 to promote alternative transportation and reduced dependence on fossil fuels.

Paul Doffing's debut album, Citizen Sage (2009), charted at #14 on the CMJ charts between the Mars Volta (#12) and Bob Dylan (#15). In 2015 he was the recipient of a National Endowment for the Arts Grant for the creation of Songs from the (Quaking) Heart, and a sustainability focused bicycle-music tour through the heartland of the United States. In 2015 he was selected as an Official Showcase Artist at Folk Alliance International in Kansas City. 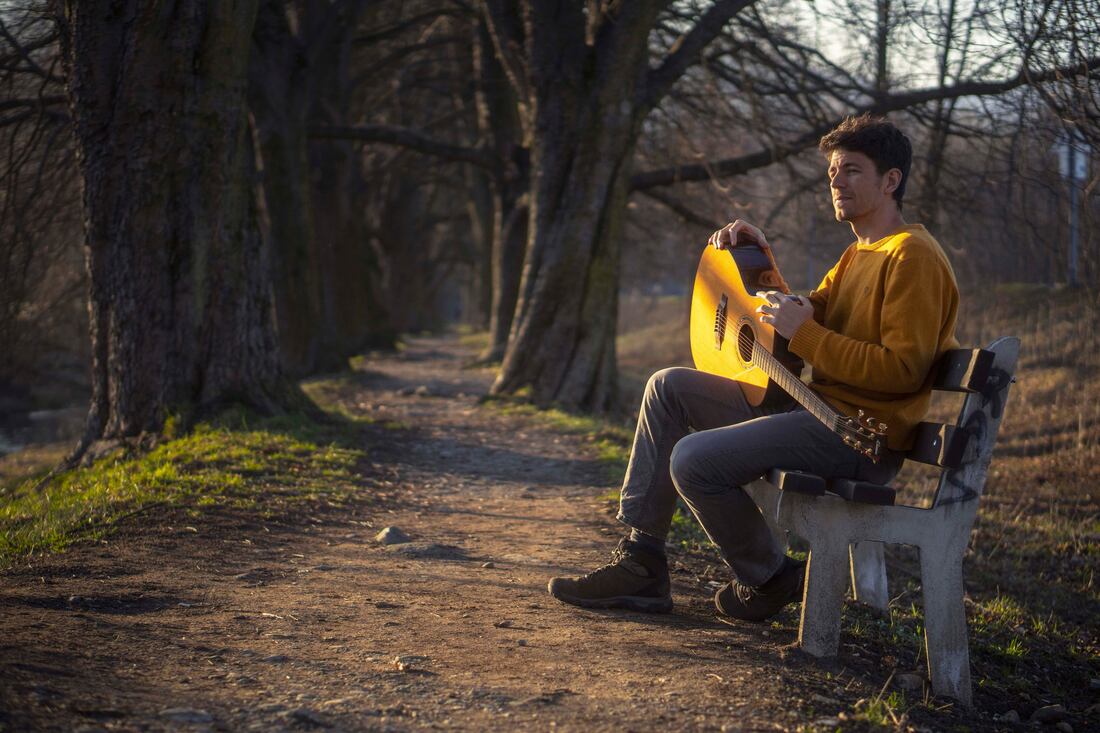